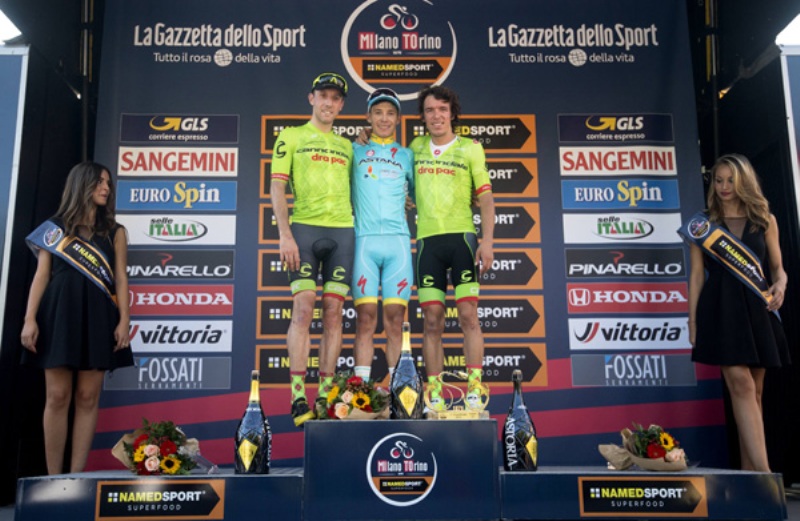 Turin, 28 September 2016 – Miguel Angel Lopez, nicknamed “Superman”, claimed the first one-day race victory of his hugely promising career atop the Superga hill. The 22-year-old Colombian is a big fan of Alberto Contador, so it’s poetic that Lopez’s first victory was earned on the exact same hill that his hero claimed the only one-day victory of his whole career in 2012. Once again, Milano-Torino NamedSport, the world’s oldest professional bike race (since 1876), has made history. 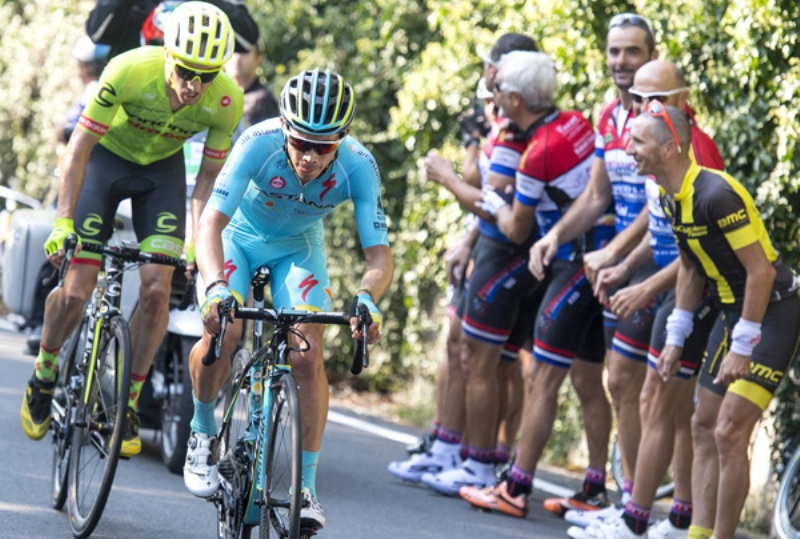 QUOTES
Race winner Miguel Angel Lopez said: „It was a very fast race with a lot of work by Alessandro Vanotti, Dario Cataldo and the rest of the Astana guys – we remained united. On the first climb to Superga, we decided to try one after the other. I managed to create a bit of a gap and it worked out, but if it wasn’t going to work, we had alternatives. Thanks to the confidence given to me by the team this year I managed to achieve a big result [Tour de Suisse overall winner] but I was unlucky at the Vuelta so I’m yet to ride a Grand Tour. I don’t know my race program for next year yet: either I’ll ride the Giro d’Italia with Fabio Aru to help him and try to get the white jersey, or I’ll go to another Grand Tour as a captain but without pressure for the overall classification.“

Runner up Michael Woods said: „[Miguel Àngel López] was so strong today! I got a good head start on the mountain climb. But he just paced it really well. I tried to attack him but I just wasn’t as strong as him in the final. However I’m really happy with my performance. This is my fourth race in five days and to see how the legs reacted today, I’m very happy with that.“

Third placed Rigoberto Uran said: „When things are done right, it’s a bit disappointing not to win. We maybe could have won the race if I was ahead with Miguel Àngel. I was waiting behind but when I saw that Michael couldn’t follow Miguel Àngel, I made my move, but it was too late for the win. But we’re here to work hard with the aim of winning Il Lombardia. I like this race a lot, I done well before and I want to do well again. It’s a much harder race this time around and I’ll be there fighting for the victory.“ 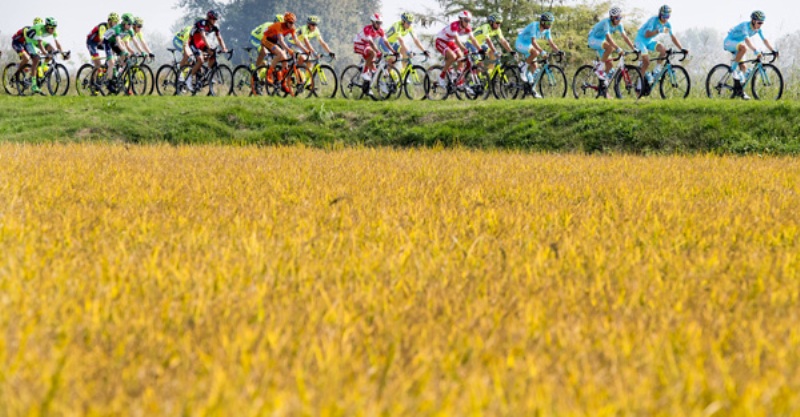