The winning margin was just one hundredth of a second, with an average speed of 53.212km/h 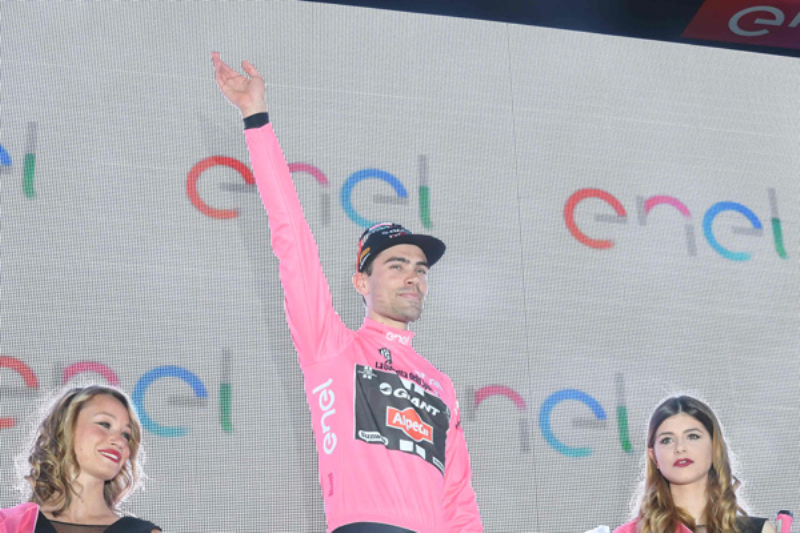 Thanks to his victory, Dumoulin is the new race General Classification leader, wearing the first Maglia Rosa. 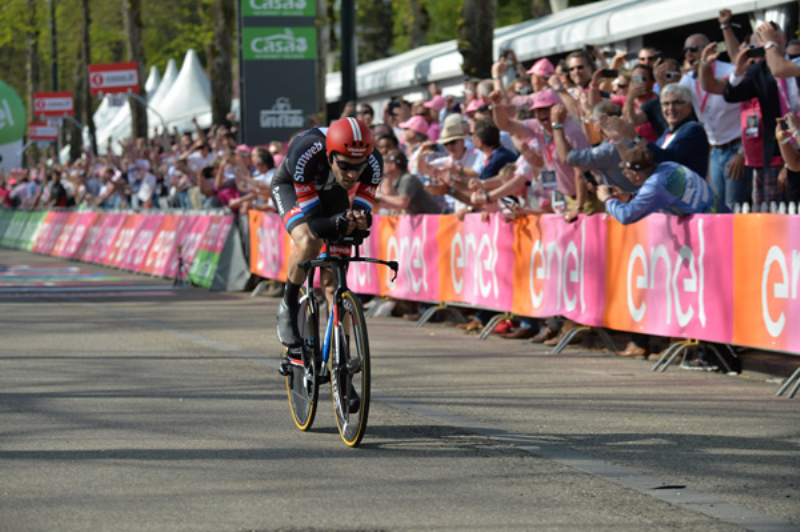 Speaking seconds after the stage finish, the new race leader said: “I’m a very lucky man today! I realise how narrowly I’ve won by. It was a lot of suffering, especially at the end of the course. I’m actually feeling sick with a stomach bug but I’m also so so happy! I did it! The effort I made at the Tour de Romandie to prepare for this time trial has paid off. I didn’t do my best time trial today but also not my worst one. I would have liked to go a bit faster but only the result counts and winning here in the Netherlands is so special…” 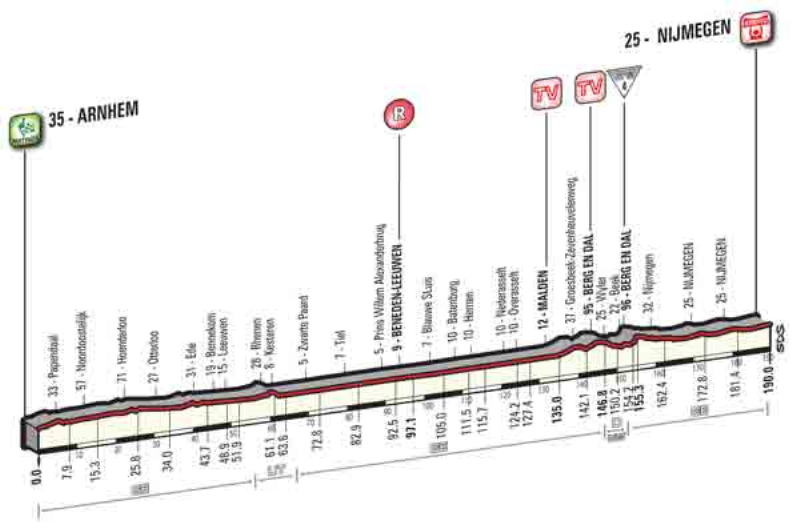 TOMORROW’S STAGE
Stage 2 – ARNHEM – NIJMEGEN – 190km
This is the first mass-start stage. The route runs basically flat along the plains surrounding the start and finish cities, coming across minor climbs and mild descents, villages, roundabouts and speed bumps. The road narrows at km 90, where the route covers a short stretch of the cycle path. While approaching the finish, the route takes in the first categorised climb of the Giro, 1.1km long, and with gradients topping 11%. The stage finale leads to an 8.6km city circuit within Nijmegen, to be covered twice. Wind is likely to be the major challenge along the route.

Final kms
The final 8.6km circuit, to be ridden twice, runs along wide, straight urban avenues, dotted with roundabouts. The route passes over the Waal River twice on bridges that have slight uphill and downhill gradients. The home straight is 350m long, on 8m wide asphalt road. The final kilometres are slightly curved, but with no real bends.