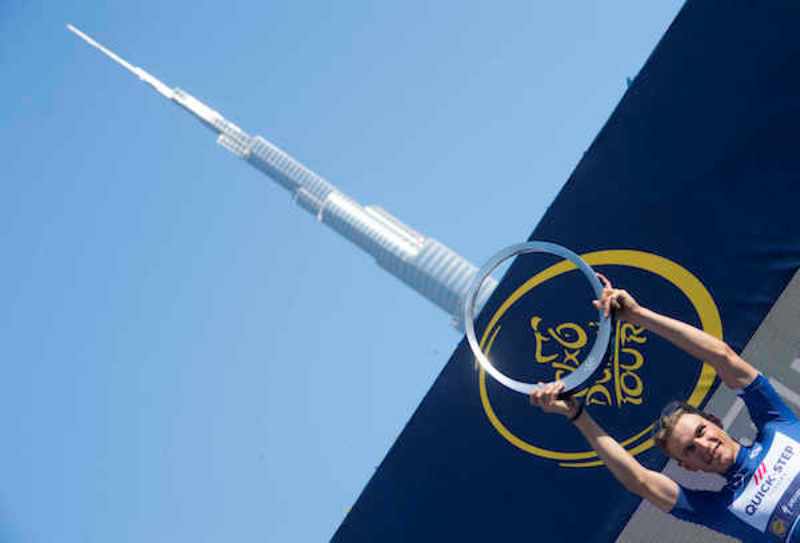 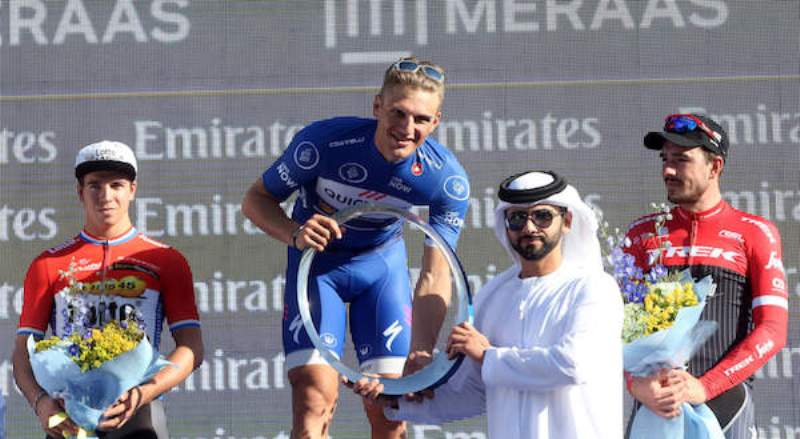 Marcel Kittel, overall winner of the 2017 Dubai Tour said: “I’m very happy with the last sprint of the Dubai Tour. Finishing the race like this makes me proud of how strong our team is. It was a difficult finale today because there weren’t many corners: it was all about positioning. I’m delighted to get the GC as well. There aren’t many races in which as a sprinter I have the opportunity to win an overall classification. I’ll keep this race in my memories, for all the ups and downs. It’s been a positive race for me, the team and cycling in many aspects. The cancellation of Stage 4 didn’t make anyone happy but it was a reasonable and good decision, taken by everyone, so this Dubai Tour is part of the process of riders’ safety.” 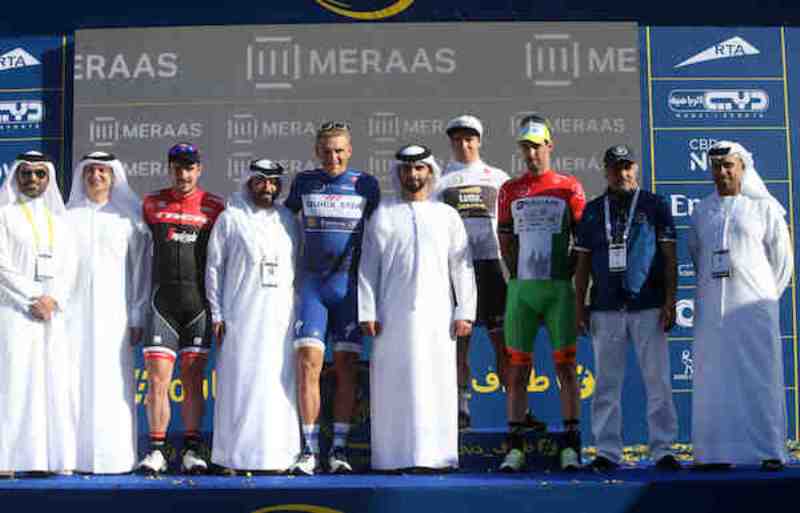 Dylan Groenewegen, second of the 2017 Dubai Tour GC said: “The lead out I got today wasn’t very good so I finished tenth, which is below expectations but second on GC is above expectations. Marcel Kittel was too strong so I cannot complain about my final result. It’s the best I could get although I wanted to win a stage. It’s been a great experience to race in Dubai. The roads are great for riding a bike and practising the preparation of a sprint. It’s been a really good race for me. It’s part of my improvement. Maybe next year I’ll be able to beat the world’s best sprinters.”

John Degenkolb, third overall in the 2017 Dubai Tour, said: “It’s a good start of the season for me. I tried my best again today, it did not work out 100% as we had wished, but it is a learning process with my new team, we are getting there, getting better and better at every sprint, it is all about experience. It is a pity that Stage 4 couldn’t have been held, which could have been a good one for me as I had won at Hatta Dam before, but there is nothing we could do, it was simply impossible to race. We have to take it as it is, the Dubai Tour makes it a good start to the season for me anyway, it has been a good week of racing.” 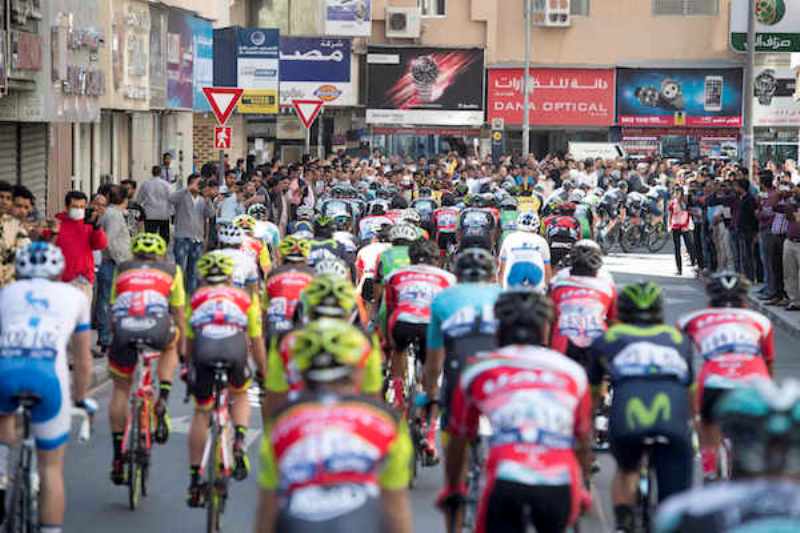 H.E. Saeed Hareb, Dubai Sports Council General Secretary, said: “I would like to thank the Vice President and Prime Minister of the UAE and Ruler of Dubai His Highness Sheikh Mohammed Bin Rashid Al Maktoum and H.H. Sheikh Hamdan Bin Mohammed Bin Rashid Al Maktoum, Crown Prince of Dubai and Chairman of the Dubai Sports Council for their vision and their support for the organisation and to the teams and for attending the opening stage of the Dubai Tour. I also want to thank H.H. Sheikh Ahmed Bin Saud Al Qassimi, ruler of Ras Al Khaimah and Sheikh Humaid bin Rashid Al Nuaimi, ruler of Ajman and H.H. Sheikh Ammar bin Humaid Al Nuaimi, Crown Prince of Ajman for their support of the Tour and for receiving the race committee. I also want to thank the Commissaires Panel, the teams and the riders for their effort and understanding during the Dubai Silicon Oasis Stage and I want to thank especially the riders for the words after the cancellation of the Hatta Stage. Dubai Tour has become an icon in the UAE’s sporting agenda, and even globally we are very happy with our achievements. Thanks again for the support of the UCI, the UAE Cycling Federation, RCS Sport, the Sponsors, the governmental entities, the RTA, the Dubai Police, Dubai Sports Channel as official broadcaster, and both the local and international media.”

Lorenzo Giorgetti, RCS Sports and Events DMCC’s CEO, said: “I would like to thank Mr Saeed for his appreciation of the success of the 2017 Dubai Tour, the race director Mauro Vegni for the difficult decisions that had to be taken and that we took together, the police and all the staff members of the organization who were involved in the change of route in one night. We managed to overcome the difficulties because of the skills and experience we have here. We’re very sorry we were forced to cancel stage 4. It was a pity but also a very good sign of our professionalism and respect to the riders. With Meraas, we found the best location to end the Dubai Tour. It’s an unconventional but wonderful spot. We’ve had more than 4,000 articles already published about this year’s race which demonstrates the world’s growing interest in the Dubai Tour. Being held in six Emirates over more than 800 kilometers, the Dubai Tour gives visibility to other Emirates and cycling keeps growing in this part of the world. Marcel Kittel is now the rider with the most stage wins in Dubai. We’re delighted to have such a great champion as the overall winner for the second time.” 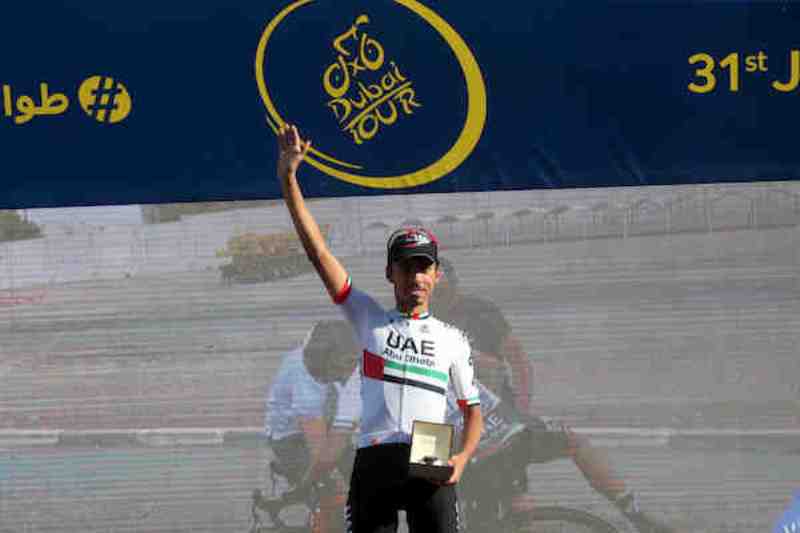