Also, Of Castles and Ladders – Day 6, by Steve Thomas

Denizli, 1 May 2015 – Merhaba! from Day 6 of the Presidential Cycling Tour of Turkey, Denizli – Selcuk, 184 km. Today’s stage finish, which may offer the final opportunity for the climbing specialists to attack the race leader, Davide Rebellin, takes place against one of the most remarkable cultural and historical backdrops in world cycling. 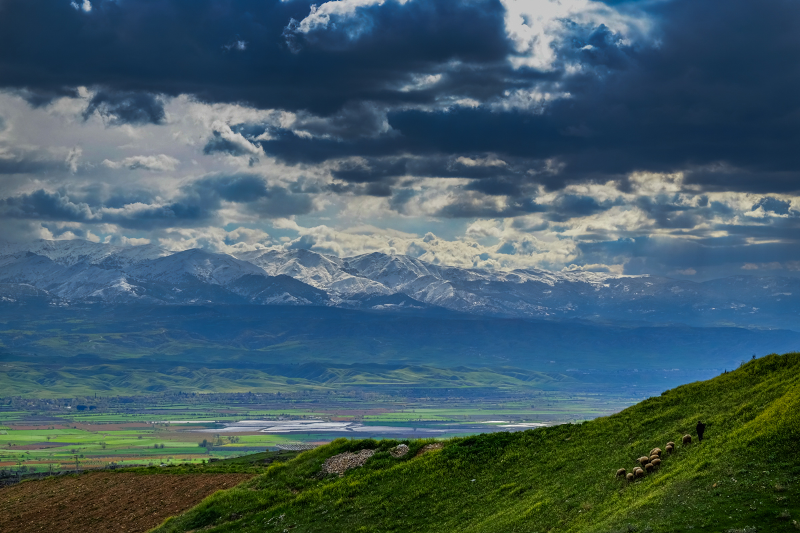 The peloton first meanders across the Maeander River, from which the word derives, then passes Tralles, the home of the sculptors of the magnificent, 2nd-century Farnese Bull, now at the Museo Archeologico Nazionale in Naples, and the birthplace of the architect who designed Istanbul’s breathtaking Hagia Sophia in the 6th century AD. It races past the railway museum where the Orient Express involved in the 1957 Yarımburgaz catastrophe now stands. Then, most remarkably, it approaches Ephesus, one of the most important archeological sites in Anatolia and the world, with the Temple of Artemis, one of the Seven Wonders of the Ancient World, and a remarkable ancient library. 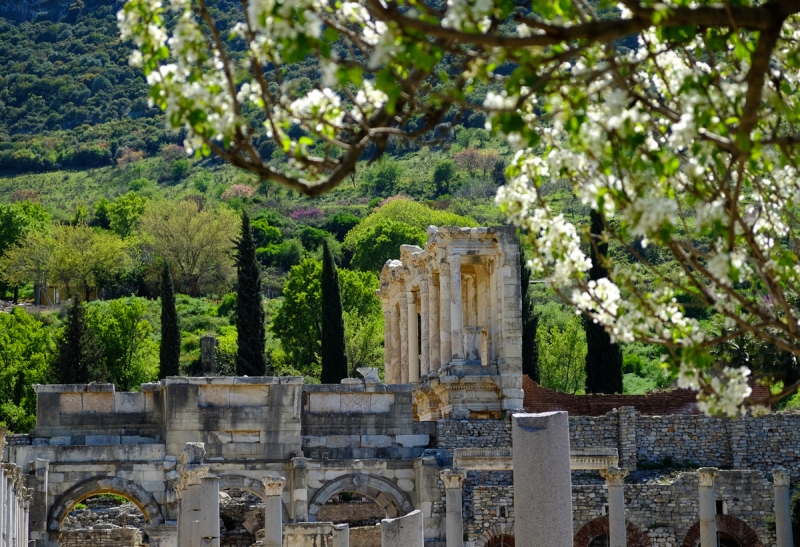 Ephesus was the home of the philosopher Heraclitus, who wrote, Πάντα ῥεῖ (‘Panta rhei’) ‘everything flows’: perhaps we should consider him the philosopher of cycling! He could have been describing the peloton when he said, ‘All entities move and nothing remains still.’ When he asserted that all existing entities are characterized by pairs of contrary properties, he anticipated the differences between climbers and sprinters. Famous for his insistence on ever-present change in the universe, his most famous saying was that ‘No man ever steps in the same river twice.’
With Biblical connections, too – Ephesus is mentioned in the Book of Revelation, and parts of two books of the New Testament are thought to have been written there – Ephesus stands at the foot of today’s final climb up to the House of the Virgin Mary, thought to have been the last home of the mother of Jesus, a popular place of Catholic pilgrimage which has been visited by three recent popes. 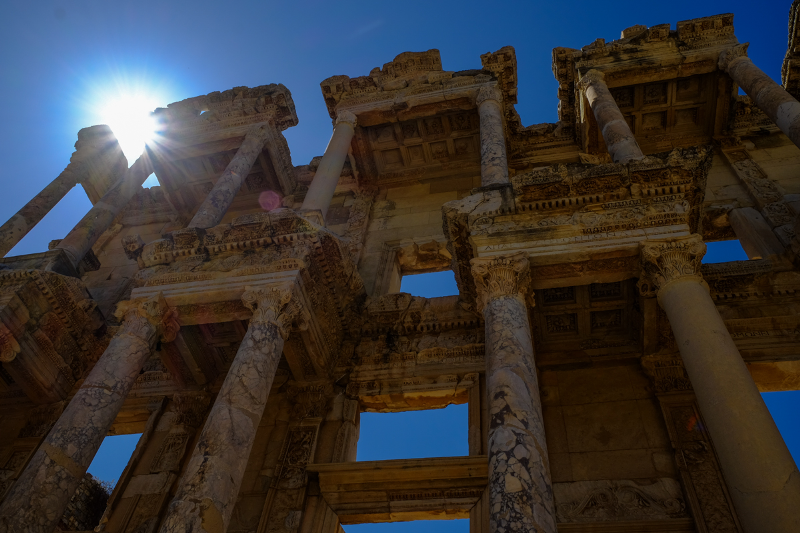 Of castles and ladders
By Steve Thomas

From beneath the famous Cotton Castle to the lofty summit finish above Selcuk, a very “grand day out” is on the cards.

My feet were icy cold as I plodded barefoot through the frozen waters on the famous while travertines of the “Cotton Castle”, which sits perched above the rooftops of Pamukkale and beneath the doorstep of the once mighty Roman city of Hierapolis.
A step to one side and finally there was some respite in the form of the downward flowing thermal waters that form this magnificent wonder. I pondered over whether or not the ancient Roman paddlers had cold feet when they bathed here, and I guess at least they didn’t have the plague of selfies sticks that I had today.
This was one place I really wanted to see, and of course to photograph. It had been looming somewhere near the back of my mind since I saw a Steve McCurry (Nat Geo photographer, famed for the Afghan Girl image) picture of it. He had captioned it as one of the most magical places he’d ever been to, and he’s been to a few to say the least.
On the not so distant horizon lay a crinkly and crisp wall of the now familiar snow capped Taurus Mountains, which stand guard over this lush and green plateau.
From lofty this vantage point I could just about make out the fading lines of the highway towards Aydin; in other words the race route for the day ahead.
Luckily the first sector of the route was to be completely traffic free, so I was able to stop and grab a few images of this hugely contrasting green and white landscape before I bid it farewell for this trip.
This is a new stage routing, and unlike the approach route of the previous day it’s a fairly fast and smooth run in for most of the way; until the final countdown begins that is.
A mid length and drawn out climb just before reaching Selcuk is where things will start to take on a more serious demeanour. It’s pretty well “last chance saloon” now, and anybody within striking distance of the overall GC for the race will be giving it full gas from here on in.
That’s just as Adam Yates did last year, when he turned an unfavourable hand of negative seconds on Rein Taaramae and flipped the race table upside down, and you can rest assured that nothing will be written until the race reaches the summit finish line today.
Ultimately those who reach the foot of the final serpent of a climb will have little time to take in aura of the local backdrop. Then venom will be in their systems, and it will be an all out race for the top, and for those vital seconds which could well decide the final outcome of the race, so be sure not to miss this one.

Side ride – There’s lots of good road and mountain biking routes to be found around Denzli, some flat, and many mountainous.
One of the best areas to ride here is in the mountains directly above Pamukkale.
Turn to the right just before the entrance gate at the foot of the “Cotton Castle” and follow the road up and then keep right at the entrance to Hierapolis.
This road climbs steeply above Pamukkale, and you get a birds eye view of the entire region. Keep on climbing and you head through a forest, and can either make a long loop ride, or double back if time is short.

Turkish (hamam) baths – The famous hamam is a direct descendent to the old Roman baths.
Bathers generally start with a visit to the warm room, which blows hot and cold air. Then they can move to an even hotter room (hot room), before washing in cold water, getting a full body scrub and then a full body massage if they choose.
The final step is a visit to the cooling room, which you may need after a heavy massage.

Turkish delight – Turkey is one of the oldest wine producing regions in the world, and there are some surprisingly good bouquets out there.
The majority of these wines are produced from vines in and around this south-western region of the country.
In all there are an estimated 800-1,200 different grapevines growing in Turkey, although few are grown for commercial purposes.
Ataturk himself established the countries first commercial winery, back in 1925. In the Aegean region around 15 different red and 8 white grapes are used, including mainstream varieties such as Chardonnay, Semillon, Merlot, Cabernet Sauvignon, Shiraz, Pinot Noir, Grenache and Sangiovese.

History bite – Sitting high above the finish line of previous stage, and a short ride out from Denzli is the old Roman city of Hierapolis, which was founded around 200 years BC.
The city was based around the hot-springs, which lie on the hillside between its ruins and modern day Pamukkale (which means cotton castle in Turkish).
The ruins themselves are impressive, but it’s this huge white terraced “travertine” terraces that really strike out. These terraces were formed by sediment from the hot-springs, and flow with aqua-blue thermal waters, and are one of the most impressive natural sights in Turkey.