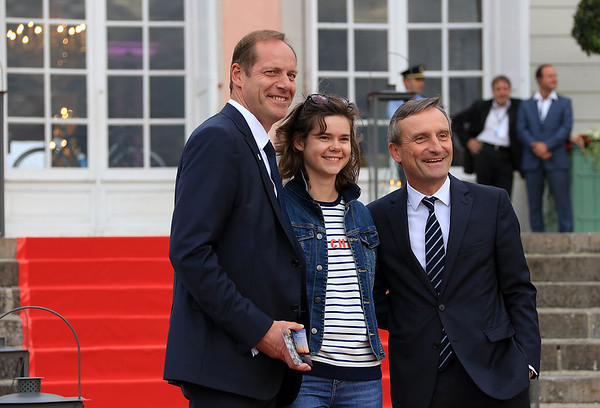 Christian Prudhomme, Director of the Tour de France, has tested positive for COVID-19
The testing campaign revealed that Christian Prudhomme has tested positive for COVID-19. The Director of the Tour de France, taking his 4th test in 1 month, will now quarantine for 7 days.
Although he was not part of the “race bubble” and had not been in direct contact with any of the riders and their entourage, Christian Prudhomme still decided to get tested.
The anti-COVID-19 protocol, which provides reinforced protection for the “race bubble”, distinct from others in the organization, allows for the following plan to be put in place following such a situation:
In the absence of Christian Prudhomme from the 10th stage from Île d’Oléron to Île de Ré up until the 16th stage from La Tour du Pin to Villard de Lans, François Lemarchand, who was in the lead car on Paris-Nice, will occupy take Christian Prudhomme’s place in the lead car. Jean-Michel Monin meanwhile, will replace François Lemarchand in the n°3 car.

Joint ASO-UCI announcement regarding the 7th and 8th September testing campaign
In accordance with the Tour de France health protocol, developed in the framework of the Union Cycliste Internationale’s (UCI) rules for the return of the road cycling season in the context of the coronavirus pandemic, the entire “race bubble” was tested on the 7th and 8th September. With all those with accreditations being tested within the 5 days preceding the Grand Départ in Nice and the “race bubble” once again being tested upon arriving on the Tour, this is the 3rd testing campaign since the beginning of the Tour. A 4th test campaign is scheduled, with the same conditions, for the next rest day, in Isère on the 14th September. Its objective is to guarantee the health of the race for the riders and accredited personnel. A total of 841 tests were performed.
• No rider has tested positive for COVID-19 or is considered a contact case requiring quarantine.
• 1 staff member each from Team Cofidis, AG2R La Mondiale, Ineos Grenadiers and Mitchelton-Scott have tested positive and left the race bubble.
• A technical service provider has also tested positive and has left the race.
@ASO

END_OF_DOCUMENT_TOKEN_TO_BE_REPLACED