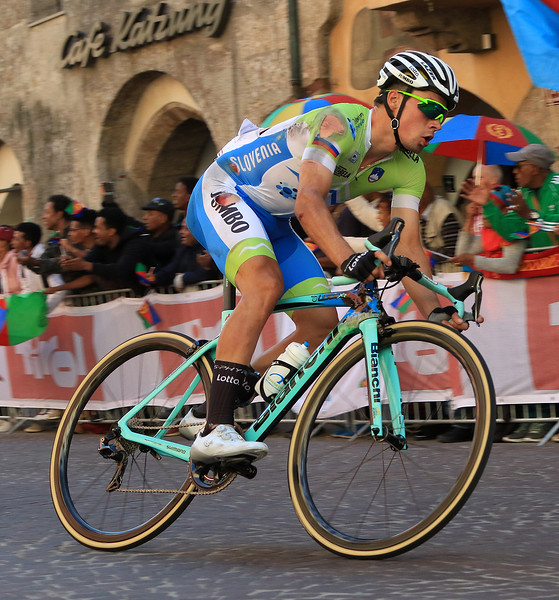 Speaking seconds after the stage finish, the stage winner, Marcel Kittel, said: “I’ve been waiting such a long time for this victory! Since the beginning of the season, not everything was working good but we worked hard with the team and it finally pays off today. I have to thank everyone for the good job. This is a big boost for the whole group. I’m also very happy because this is my first professional victory in Italy. At the Giro, I won stages in other countries.”

END_OF_DOCUMENT_TOKEN_TO_BE_REPLACED

BMC RACING TEAM WINS STAGE 1 OF TIRRENO-ADRIATICO
With an average speed of 57.804kph, Damiano Caruso is the first Maglia Azzurra

Camaiore, 7 March 2018 – BMC Racing Team has won the first stage of the 53rd edition of the Race of the Two Seas, a 21.5km Team Time Trial, ahead of Mitchelton – Scott and Team Sky, recording an average speed of 57.804kph. The Italian rider Damiano Caruso is the first leader of the GC and was awarded the Maglia Azzurra.

Speaking seconds after the stage finish, the first Maglia Azzurra winner, Damiano Caruso, said: “This is definitely one of my favourite races. It’s the third time in a row that I have won a stage here with BMC. Without Richie Porte, it was more difficult for us to win today and it’ll be more difficult to win the overall, too. Now I might be the team’s leader for this race. I feel good. I don’t know if the wind conditions were different for us than Team Sky. I just know we kept pushing hard till the end and it paid off. We are happy.”

ROUTE
With the exception of the first kilometres – riders face the Montemagno categorised climb shortly after the start – the stage is entirely flat up to the final circuit in Follonica. The route passes through San Giuliano Terme, Cecina and Donoratico, across the provinces of Lucca, Pisa and Livorno, and then enters the province of Grosseto, with a final 8.3km circuit to be covered three times.

Final kilometres
The final circuit takes place on relatively wide and mostly straight urban roads. The first kilometres after the finish-line section feature a series of tricky corners. Two long straight stretches, with a U-turn on a wide roundabout in-between, lead to the finish line on 7.5m asphalted road.