Villanueva de Valdegovia, October 27th 2020 – Michael Woods (EF Pro Cycling) won stage 7 of La Vuelta 2020 after an extraordinary day of racing from Vitoria-Gasteiz to Villanueva de Valdegovia. Attacks flew from the start and they kept going until the finish, with Movistar and Jumbo-Visma putting pressure on the race leader Richard Carapaz (Ineos Grenadiers). The Canadian rider accelerated in the final climb of the day, Puerto de Orduña, and outplayed Omar Fraile (Astana) and Alejandro Valverde (Movistar) in the final kilometres of the stage to take his second La Vuelta stage win. Carapaz held on to La Roja after his team gave their whole for 160km.
The 163 riders who finished stage 6 on Sunday return to action on Tuesday, with an explosive stage ahead of them. Attacks fly from the start, and Rémi Cavagna (Deceuninck-Quick Step) leads the way from km 3 until km 35, with a small gap to the bunch and many counter-attacks behind him.
A new group of 17 attackers get away at km 50, just ahead of the first ascent up the cat-1 Puerto de Orduña. More riders attack on the climb, including the Polka-dot jersey Tim Wellens (Lotto Soudal), his breakaway companion Guillaume Martin (Cofidis) and World Champion Alejandro Valverde (Movistar), only trailing by 3’00’’ on the general classification. Sepp Kuss (Jumbo-Visma) crests the climb first and a group of 36 riders get back together on the downhill.
Valverde shakes the race
Ineos Grenadiers chase hard in the valley to try and control the gap. Alejandro Valverde attacks from the front group with Dorian Godon (AG2R La Mondiale) and Stan Dewulf (Lotto Soudal). Chris Froome and Michal Golas pull the bunch and the gap doesn’t get higher than 2’45’’ as they enter the last 50km of the stage.
Dorian Godon attacks again with 30km to go while Movistar lead the chase behind him. The peloton split ahead of the second ascent up Puerto de Orduña and Richard Carapaz only has two teammates left to help him: Dylan van Baarle and Andrey Amador.
Woods choses his moment
Michael Woods (EF Pro Cycling) attacks with 22km to go and makes his way to the summit on his own (19.1km to go). Four riders join him on the downhill, with 16km to go: Alejandro Valverde, Omar Fraile, Guillaume Martin and Nans Peters.
Peters with 9km to go, then Martin, Valverde, Fraile… They all try to drop their companions inside the last 10km. But Woods goes for the perfect move just ahead of the last kilometre and makes his way to the finish 4’’ ahead of Fraile and Valverde. The peloton trail by 56’’ on the line and Carapaz saves La Roja.

Uran, Dombrowski and Woods to Catalunya 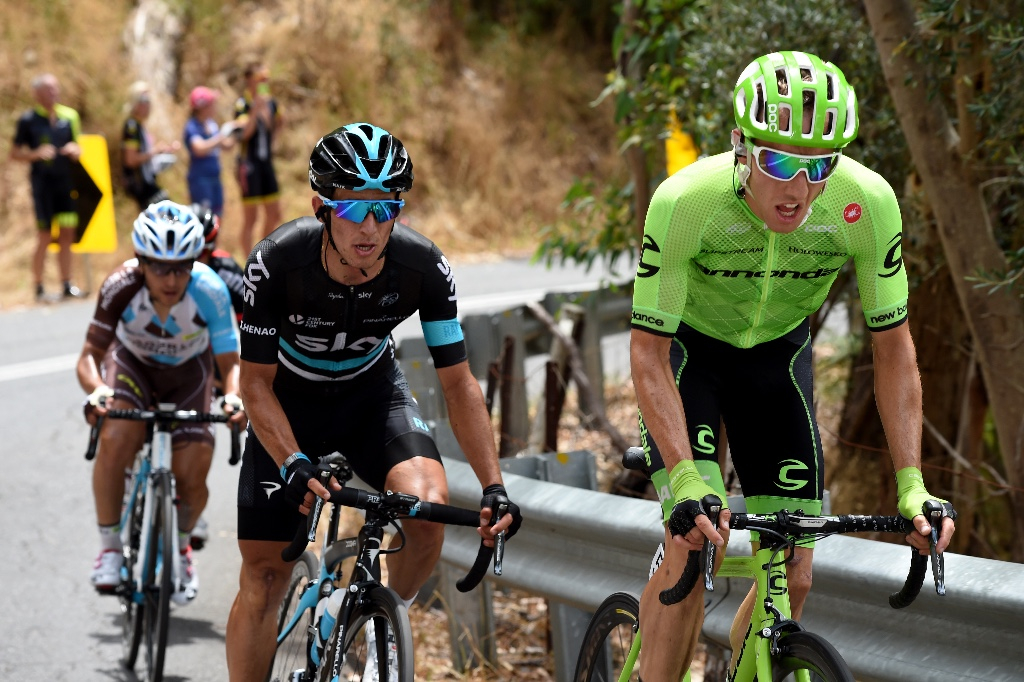 The early season march of stage races continues, with the challenging Volta A Catalunya rolling out Monday in Spain. There should be a few fleet finishes, but the jaunt into the Catalan Pyrénées ensures that one of this season’s GC contenders will win the week-long race.

To that end, the Cannondale Pro Cycling Team brings a squad dedicated to the overall standings while allowing for crucial experience. Rigoberto Uran will captain the team, with support from the likes of Joe Dombrowski, André Cardoso and Michael Woods.

“Rigoberto is looking to pop off a good performance at Catalunya,” Slipstream Sports CEO Jonathan Vaughters said. “It’s super mountainous. Every stage is hard. You’ve got some climbs that genuinely go into the Pyrénées. Rigo’s got to be in there. He needs to be in the hunt to really push his body to be able to perform at the Giro.”

END_OF_DOCUMENT_TOKEN_TO_BE_REPLACED 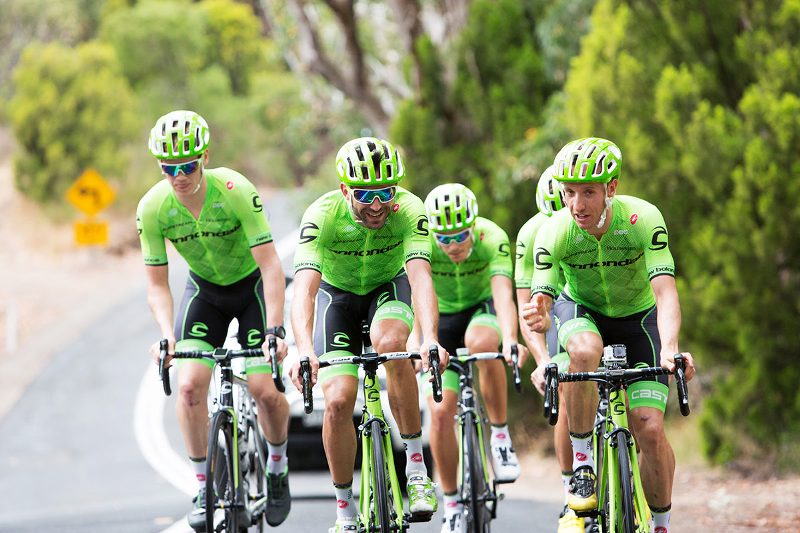