Mikel Landa is not strictly speaking a La Vuelta hero, but now is the year or never to become one! He has not appeared in the Spanish Grand Tour since 2015 but in the wake of his victory last week at the Tour de Burgos, his name and his unique history have shaped the hope of local aficionados to see a Spaniard rise on the top step of the podium.

Of the 75 editions of La Vuelta already contested, 32 ultimately went to a Spanish rider. In the table of victories by country, France (9), Belgium (7), Italy (6) and Switzerland (5) follow. In the winning records, a maximum of six editions separates two Spanish winners (between Melchor Mauri in 1991 and Abraham Olano in 1998, the Swiss Tony Rominger won three times, his compatriot Alex Zülle twice, and the Frenchman Laurent Jalabert once). The last six champions crowned in Madrid’s Plaza de Cibeles were foreigners: the Italian Fabio Aru (2015), the Colombian Nairo Quintana (2016), the Brits Chris Froome (2017) and Simon Yates (2018) as well as the Slovenian Primoz Roglic (2019, 2020). It turns out that Alberto Contador took his third and final overall victory in Santiago de Compostela, where La Vuelta 21 will end on September 5th. Is this a harbinger of the end of this current drought over six editions?

Spanish cycling had a golden era in which Alberto Contador was far from ruling alone in his kingdom, as Carlos Sastre, Alejandro Valverde, Joaquim „Purito“ Rodriguez and Samuel Sánchez also took center stage. The intensity has dropped but the local protagonists have not failed since. From 2014, half the editions of La Vuelta ended with one of theirs on the second step: “Purito” in 2015, Enric Mas in 2018 and Alejandro Valverde in 2019. The succession of the Madrilenian seemed to have to be assured, at first, by Mikel Landa. Forced into exile with the closure of the team of his beginnings, Euskaltel-Euskadi, after his first two participations in La Vuelta (2012, 2013), he found refuge in global teams where he could not always choose his goals, nor focus primarily on the Spanish Grand Tour. Falls have also marked his course – they still have this year, but he seems to have recovered well from his injuries at the beginning of the Giro d’Italia. The laws of the market have pushed him to change employers every two years, and riders on the move don’t necessarily enjoy a smooth exit…

Still, he took part in La Vuelta during his two years at Astana (2014, 2015), but not with Team Sky (2016, 2017), nor Movistar (2018, 2019), nor Bahrain-McLaren last year. In four participations, his best final place is 25th in 2015, while he has six top 10s at the Giro d’Italia and the Tour de France, and his greatest feat remains his only stage victory, on day 11 of the same edition. It was presented as “the hardest stage of all time” because riders had to face 5,300 m of elevation over 138 km in the principality of Andorra. Landa had slipped into the morning breakaway in defiance of Astana’s directives and he refused to wait for his leader, Fabio Aru, but the affair did not make much noise, in the end, because the Kazakh formation scored on both levels: the stage win for Landa and La Roja for Aru, second in Cortals d’Encamp, 1’22“ later, and, above all, 1’37“ before Tom Dumoulin, who was wearing the leader’s red jersey until then.

Mikel Landa is now 31 years old and has eleven pro seasons behind him. He also won three stages at the Giro where he stood on the podium, 3rd in 2015, and won the mountain classification in 2017, two Vuelta a Burgos, a Giro del Trentino… His “landismo” personifies a champion with a huge potential promised to win a three-week races, according to the fans, when, finally, he will have been spared by crashes and the instructions of his team contrary to his individual ambitions.

„That day may come with La Vuelta 21“, observes the general manager of the event Javier Guillén. „We wish him that luck is finally on his side. He is a very followed and loved rider with a lot of fans. For the popular impact of La Vuelta, it is always interesting that Spaniards are among the big protagonists in the general classification. Mikel’s generosity to the cycling community makes him deserving to shine in our event and we are delighted to welcome him back after too long an absence.“
Murgia, his hometown, in the Basque province of Alava, is a one hour drive from Burgos, where La Vuelta 21 will start on Saturday. He will therefore immediately have many supporters, who do not forget his contribution to the relaunch at continental level of the Euskadi foundation, of which he took the presidency at the end of 2017 until last March. With the Euskaltel-Euskadi rising to Pro Continental and returning to the peloton of La Vuelta this year, „my role could lead to incompatibilities that nobody wanted“, he explained. „But my emotional connection with the Euskadi foundation will remain the same and my heart is and will be orange for life.“
Landa is also approaching La Vuelta 21 as a cyclist within an impressive Bahrain Victorious team, especially for the mountains, since his teammates are Damiano Caruso (2nd in the Giro this year), Jack Haig, Mark Padun, Wout Poels, Jan Tratnik, Gino Mäder and Yukiya Arashiro. They look able to compete with the powerhouses Ineos Grenadiers and Jumbo-Visma.

The heroes of La Vuelta : www.lavuelta.com

Hugh Carthy (EF Education Nippo) won the final stage of the Vuelta a Burgos but it was Mikel Landa (Bahrain-Victorious) that won the race overall, with Fabio Aru (Team Qhubeka NextHash) taking 2nd and Mark Padun (Bahrain-Victorious) finishing 3rd.
Team Qhubeka NextHash took to the start of the final Vuelta a Burgos stage without Domenico Pozzovivo and Sander Armee, this was after both riders crashed during yesterday’s stage. Armee is expected to make a rapid recovery from his injuries but Pozzovivo suffered a fracture of the knee.
It was heart-breaking to see Pozzovivo leave the race while in such excellent form and his Vuelta a Espana challenge now lost too, before it even began, but with Fabio Aru starting the final stage in 4th overall our South African team still had a lot to race for and our 4 remaining riders delivered in a big way.
The final 146km stage finished up the 12km climb to Lagunas de Neila, well-known for its brutal gradients over the last 3km to the line. An early break did animate the first part of the race, but it was always going to be caught on the climb and the stage & GC would be decided by the strongest climbers.

Reinardt Janse van Rensburg, Bert-Jan Lindeman and Dylan Sunderland did a fine job looking after Fabio Aru right up until about the 7km to go marker for Team Qhubeka NextHash. Team Bahrain Victorious then set the pace coming into the hardest part of the climb, and this put the race leader, Romain Bardet (Team DSM) into difficulty.
Aru was riding strong in the wheels of Bahrain though, as the group quickly whittled down to just the top 20 climbers in the race. Padun was the first of the GC men to make a move, but Ineos Grenadiers gave chase with Egan Bernal and Pavel Sivakov.
Riders were aptly greeted with a „Welcome to Hell“ sign painted on the road as they began the final steep 3km stretch. From here it was very much, every man for himself. There were numerous attacks and surges in pace, but Aru rode an intelligent final climb with a top GC placing his goal. Always in the top 10 positions on the road, Aru fought all the way to the line, taking 8th place on the stage just 38 seconds after Carthy had won.
Aru’s brilliant performance ensured he climbed up to 2nd place overall, behind race winner Landa. A great result for Aru and also Team Qhubeka NextHash after a difficult last 24 hours for the team.

Fabio Aru
I am really sorry about the crashes over the last few days in our team. On the 2nd day Emil (Vinjebo) crashed and broke his collarbone, now he will miss the Vuelta. Yesterday also, Pozzo (Domenico Pozzovivo), he broke his knee, this is really terrible for us. Sander Armee also went home but we hope he can recover soon and Reinie (Janse van Rensburg) also crashed yesterday, so this has been very bad for our team.
But today we still had four guys in the race, and I have to say thank you to Bert-Jan (Lindeman), Reinie and Dylan (Sunderland). They really helped me a lot all day and to arrive in the climb in the first positions. Even though Reinie crashed yesterday he was still so strong today. So, in the end I am really happy about the result we could achieve.
When we made the decision to skip the Tour de France, and changed my calendar, I went to Lugano and Sibiu Tour and I was able to find a good feeling on the bike again. I could start attacking again, I could race the race, and I was able to fight in the race. I missed this feeling so much in the last three years and this was really hard for me.
So, these last few results, also with 2nd in GC at Vuelta a Burgos against very good riders, this gives me a very good feeling and I am so happy about it. Now I will have some easy days with the family and be ready for the next goals.

END_OF_DOCUMENT_TOKEN_TO_BE_REPLACED 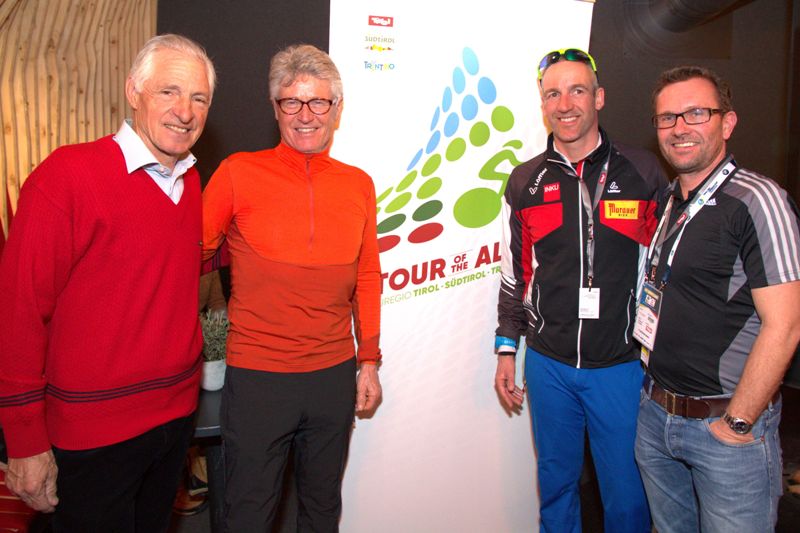 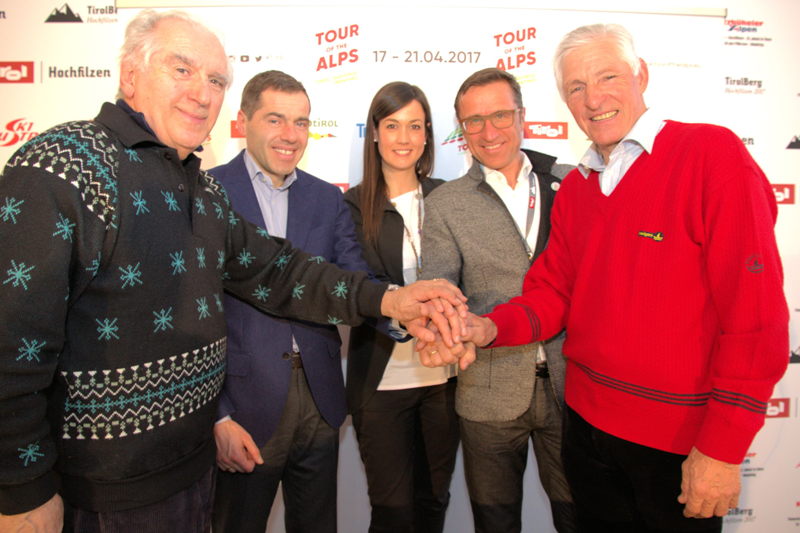