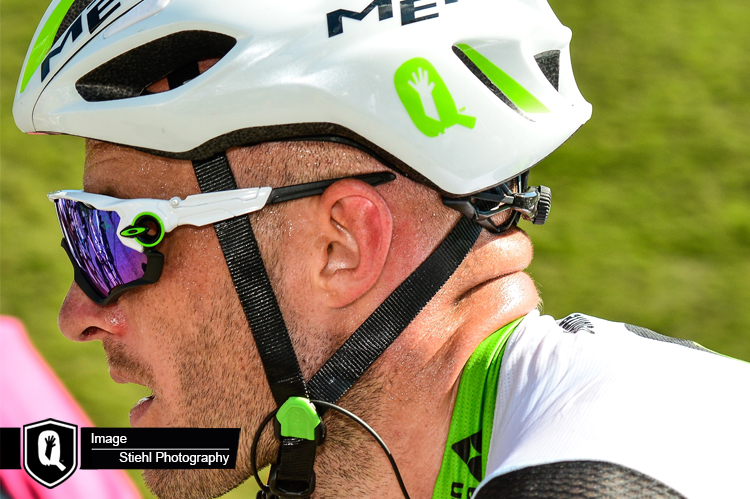 Strong rides by Cummings and Boasson Hagen on stage 13 time trial
Tom Dumoulin (Giant-Alpecin) won the stage 13 individual time trial of the 2016 Tour de France, setting a time that only Chris Froome (Team Sky) came close to but could not beat. Nelson Oliveira (Movistar) took 3rd place on the stage.

For Team Dimension Data for Qhubeka, the stage was one which Steve Cummings and Edvald Boasson Hagen would give a good crack while our other riders not typically suited to a time trial, saved their legs for the expected sprint stage tomorrow. Cummings, as one of the earlier starters posted some really good intermediate times, swapping between 1st and 2nd position with Rohan Dennis (BMC) at the 3 time checks. At the finish line though, Cummings stopped the clock in a time of 52’40“, the 2nd best time at that point in the day.

Edvald Boasson Hagen was also on a flyer, slotting into the top 5 positions at the intermediate time checks during his effort. The bumpy nature of the road surface saw our Norwegian champion drop his chain on a few occasions, losing a precious few seconds here and there to eventually finish in a time of 52’49“. Dumoulin, the overall stage favourite came in not too long after Boasson Hagen and set an incredibly fast time of 50’15“.

Nobody would come close to the time of the Dutch champion, Froome being the nearest just over a minute down. Cummings time was able hold strong against most of the GC favourites to ensure he finished in 10th position and Boasson Hagen placed 13th. A good day for our African Team made better by the fact that it was the first day of our #Qhubeka5000 challenge, where a number of fans around the world rode the same 37km distance our riders had to face today.

Steve Cummings – Rider
It was a bit of a tricky time trial course because of the strong winds that blew throughout the day. Time trial bikes aren’t the biggest fans of super strong crosswinds. Starting early, my plan was just to give it my 100% and that is what I did.

Team Dimension Data for Qhubeka was founded in 2007, steadily working its way up from a regional team to now being a World Tour team with bases in South Africa and Italy. It’s also known as Africa’s Team due to its focus on helping African talents to the world stage of cycling. The team races to raise funds for the Qhubeka Charity to mobilise people on bicycles in Africa. To contribute to the #BicyclesChangeLives campaign, click here.