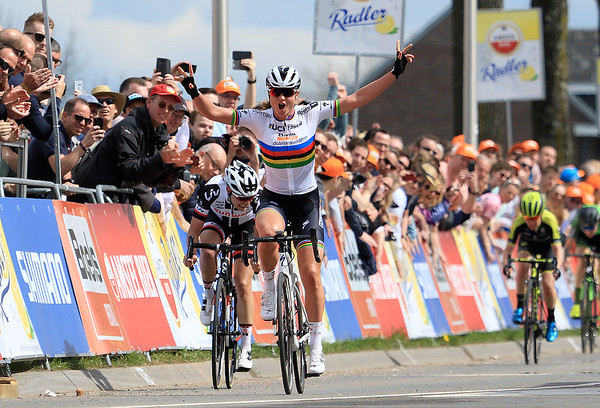 The Amstel Gold Race Ladies Edition will be held on April 19th this year. Now in its fourth consecutive year, the women will cover the same 127 km course as previous editions.

“Women’s cycling is becoming more and more professional and at the Amstel Gold Race we are contributing to this by providing a world-class venue and facilities. The women’s race is partly run on the same beautiful course as the men and I have also worked hard to achieve smooth organisation, realistic prizes and starting money, not to mention broad media attention”, says race director Leontien van Moorsel.

This year, 23 teams will line up at the start. This is five more than in 2019. Fifteen teams have an automatic start for this Women’s WorldTour competition.

In addition, race director Leontien van Moorsel has allocated eight wildcards for the Amstel Gold Race Ladies Edition. The teams below will compete for the win through the wildcard.

The Amstel Gold Race Ladies Edition will again be broadcast live this year by NOS on NPO 1.
The ladies race starts at 10:50 from the Vrijthof in Maastricht. The 127 km course takes in a number of iconic Dutch hills including the Eyserbosweg and the Keutenberg. In the final stages of the race they will ride four local laps, which include climbs of the Cauberg, Geulhemmerberg and Bemelerberg.