The German sprinter outclasses his rivals in the final bunch sprint 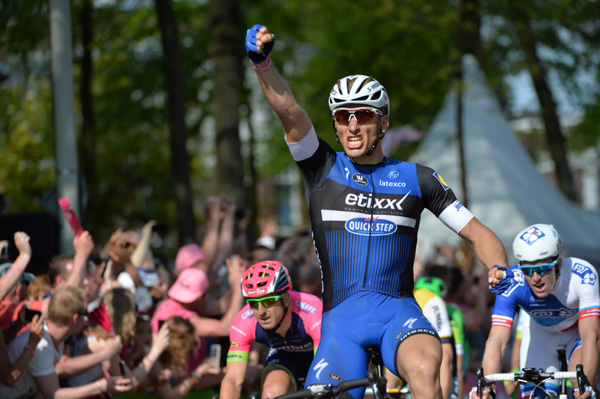 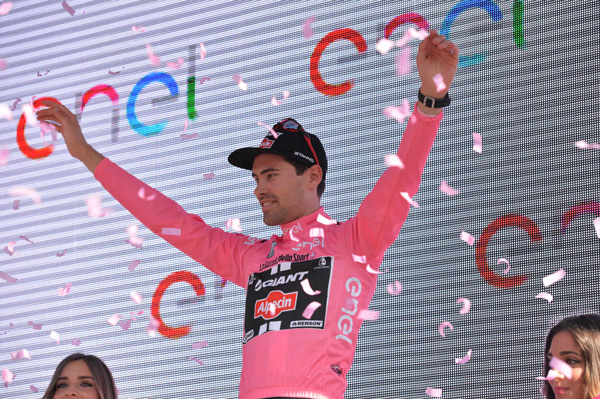 Speaking seconds after the stage finish, the stage winner Marcel Kittel said: „Firstly I want to say chapeau to the people of the Netherlands for the great atmosphere on the road today. I’m super happy to win the first bunch sprint of the Giro. Yesterday, the time trial was a good sign of my form. Today my team did a very good job to bring me to the front. I had to get through a few gaps to reach the front of the group. It was a tricky finale and I’m very happy with how it went. Now I’m one second away from the pink jersey. Step by step, I’m getting there“.

Race leader Tom Dumoulin said: „The whole race was a party! There were crowds everywhere. I enjoyed the moment because my team helped me keep the pink jersey in a really good way. Now Marcel Kittel is close in GC but the party continues“. 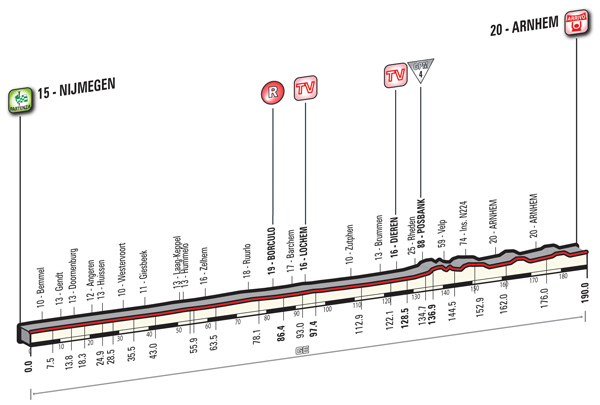 TOMORROW’S STAGE
Stage 3 – NIJMEGEN – ARNHEM – 190 km
This stage closely resembles the previous one: the route runs flat along the plains surrounding the start and finish cities, coming across minor climbs and mild descents, villages, roundabouts and speed bumps. Over the first 25km, the route winds its way on narrow roads twisting and turning along the banks of River Rhine. The route tackles the Posbank categorised climb, then a short and technical descent along the roads of the Hoge Weluve National Park leads into the final Arnhem circuit (14km), to be covered twice. In this stage again, wind is likely to be the major challenge.

Final kms
The final 14km circuit, to be covered twice, runs along wide, straight urban avenues, dotted with roundabouts. The route passes over the Nederrijn River twice, and then takes a short tunnel with approx 6km remaining to the finish. The home straight is 500m long, on a 7.5m wide asphalt road. The final kilometres are slightly curved, but with no real bends.