André Greipel proudly announces his world bike day activation in support of his charity “Fight Against ALS”. Working in partnership with Strava, Greipel has created the “Ride Around the World” STRAVA challenge with the goal to clock up the kilometres together to circumnavigate the world in a single day. 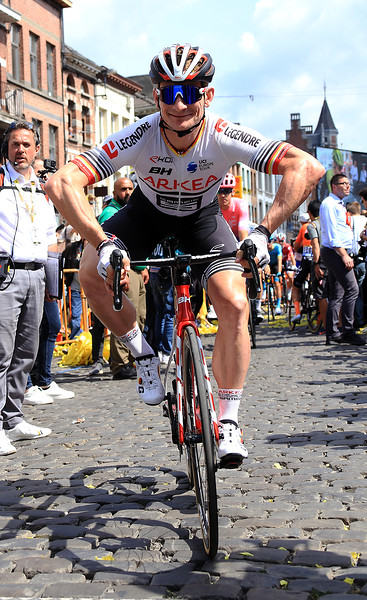 Foto: Gerhard Plomitzer
“For the past few years I have been raising awareness to support the much needed research for ALS (Lou Gehrig’s Disease). There is still no cure for this deadly disease. And like COVID 19, this disease knows no borders. Every person diagnosed is in the high risk group during this pandemic. During our mission on June 3 we want to make a big impact in worldwide awareness of ALS (Lou Gehrig’s Disease). Get on your bikes, share snapshots on social media and even show the world how many kilometres you have done.”

Kjell Carlström, General Manager of Team Israel Start-up Nation is proud to have his team riders involved in projects like this, collaborating with partners and driving publicity for charitable causes: “It’s great that riders use their status and public profile for promoting charities and specific researches. We at ISN are proud of André (Greipel) and are excited to support his world bike day initiatives and help him raise money for ALS research.”
To support André, KATUSHA sports has created a limited edition line of cycling apparel: Greipel Fights ALS, currently available for pre order. 15% of all kits sold will go directly to the research of ALS (Lou Gehrig’s Disease). On June 3rd you can get 10% discount on the ‚Greipel Fights ALS‘ kit by partaking in the Strava Challenge.

“A few weeks ago we had this idea and I felt a tingling sensation in my stomach. We talked about the idea in the family, with friends, the ISN team and partners. It quickly became clear to us that we have to do this because the bicycle is a very special and connecting invention. Thanks to the team at KATUSHA and also to all Strava users worldwide and to Paul, representative of the Strava team. We all have a common goal, we want to make a difference. The campaign still has a lot of potential and therefore the World Bike Day is on June 3 and the following 4 days a big appointment in my calendar!” 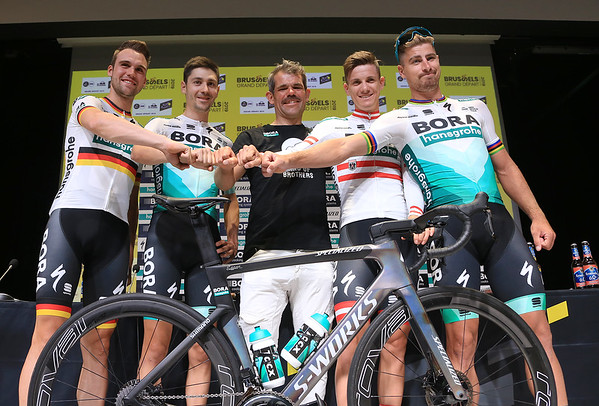 • La Vuelta 20 will take off from the Basque Country on Tuesday, the 20th of October – with the stage Irun – Arrate. Eibar – and will arrive in Madrid on Sunday, the 8th of November.
• Following the cancellation of La Vuelta 20’s official departure, originally going to be held in the Netherlands, Unipublic made the decision not to replace the first three stages, and consequently informed the UCI in the aim that the cycling regulatory body would be able to reorganise the calendar with a Vuelta consisting of 20 days, instead of the original 23.
• La Vuelta will take place one month after the Tour de France and three weeks after the UCI Road World Championships.

La Vuelta 20 has new dates, following today’s official announcement by the International Cycling Union (UCI). The Spanish tour will take off with the Irun – Arrate. Eibar stage on Tuesday the 20th of October, and will conclude in Madrid on Sunday, the 8th of November.

Due to the health crisis caused by COVID-19, Unipublic, organiser of La Vuelta, made the decision to cancel and not replace the official departure which was to take place in the provinces of Utrecht and North Brabant (Netherlands). Taking this into account, the UCI has reorganised the cycling calendar by exceptionally including a Vuelta with 18 stages, instead of the usual 21. This is a unique event as, since its 1986 edition, La Vuelta has always featured, at least, 21 days of competition.

The Director of La Vuelta, Javier Guillén, has highlighted his “satisfaction” with the new dates. “We have to try to turn this necessity into a virtue and to make the most of the opportunities available to us as a result of this new paradigm. We have a great position in the calendar and we hope to have an exceptional participation level”, emphasised Guillén.
La Vuelta will take place one month after the Tour de France (29th of August – 20th of September) and three weeks after the UCI Road World Championships in Switzerland (20th – 27th of September).

THE LATEST VUELTA
With these changes, La Vuelta 20 will be the latest edition in its history. Originally (1935) held during the months of April, May and June, Unipublic made the decision to move it to the end of summer in 1995. Up until now, its 2001 edition held the record for being the latest in the calendar. That year, the Spanish tour began on the 8th of September with an individual time trial in Salamanca and concluded with a linear stage in Madrid on the 30th of September.
More information about La Vuelta : www.lavuelta.com

Following the official announcement of the revised 2020 calendar for the UCI World Tour season, and having discussed with the world governing body of cycling the participation rules for UCI World Tour races; the organizers of La Vuelta have chosen the teams that will take part in the 75th edition of the Spanish Grand Tour. La Vuelta 20 will start on Tuesday the 20th of October and finish on Sunday the 8th of November, from Irún to Madrid.

In accordance with UCI rules, the following 19 UCI World Teams are automatically invited to the race:

Furthermore, the Total Direct Energie Team, leader in the 2019 classification of UCI Pro Teams will take part by right in La Vuelta 20.

In addition to these 20 teams, the organizers have awarded the following wildcards:

The Union Cycliste Internationale (UCI) has announced the dates of its new calendar following the postponement of numerous cycling races and events.

With regards to A.S.O.’s UCI World Tour events, return to play will begin with the Critérium du Dauphiné from the 12th to the 16th August, over 5 days instead of the usual 8. It will be essential in preparing the riders for the Tour de France from the 29th August to the 20th September. Clermont-Ferrand will be the scene of the start-line and the finish will be judged in Megève as initially planned (see the stage list below).
It will be the women who kick-off the 107th edition of the Tour de France as they take on La Course by le Tour de France avec FDJ on the 29th August, on the same route as the first stage of the men’s Tour de France in Nice. The famous women’s event was originally going to take place on the Champs-Elysées.

Usually a part of the spring schedule, the Ardennes Classics will be organized in the autumn with the Flèche Wallonne on the 30th September and Liège-Bastogne-Liège on the 4th October.
The women’s editions of these two events will also take place on the same dates.
Paris-Roubaix is now in the calendar for the 25th October and the autumnal weather could pay a vital role, with it not having rained on the Queen of the Classics since 2002.
To reinforce the women’s UCI World Tour calendar, a women’s Paris-Roubaix will take place for the first time as a prologue to the men’s race. All of the practical information concerning the distance, start-line and timings is yet to be finalized but will be communicated shortly. The organization of a women’s Paris-Roubaix is a clear indicator of A.S.O.’s commitment to the development of women’s sport.
We are delighted that the Union Cycliste Internationale, with the support of the different parties involved in the world of cycling, has succeeded in maintaining these prestigious races for 2020 despite the difficult circumstances we are facing at this time. It goes without saying that A.S.O. will be organizing all of these events in strict compliance with the sanitary regulations and advice.

A.S.O. would like to warmly thank the communities and partners concerned, who accepted these changes and who fervently supported the planning of these magnificent races.