Dutchman outsmarts his rivals in Mallorca

The EF Education-EasyPost rider attacked into the final corner and left his rivals gasping, as he held his speed across the line and celebrated his first ever professional win. Afterwards, Marijn thanked his teammates for the work they did to set him up for the wet and tricky finale.

“I stayed with the first group and then we had a perfect lead out with Neilson and Owain and Julius,” Marijn said. “They did a great job. I just had to finish it so it was good. It’s the first win of my career with the pros. Hopefully there are more to come.”

This victory proved the second-year pro’s resilience, daring, and skill.

It was another cold wet day in Mallorca. The second of the Spanish island’s early-season races, the Trofeo Port d’Alcúdia, looped around the rugged northeast corner of the island, crossing the second-category Coll sa Batalla and then the Coll Femenia, before the swooping return to the beachside town of Port d’Alcúdia and the finish-line. Marijn had to get over the mountains with the front group before he could let loose in the rainy, technical final kilometre. The plan from the start was to hit the last corner first and not look back.

That’s exactly what Marijn did. He worked his way forward through the surging group with the help of his teammates. Hugh Carthy had done a huge turn to bring back the last attacker and keep the bunch together for the sprint. Then, Neilson Powless, Owain Doull, and Julius van den Berg took over and brought Marijn to the front. Marijn launched when he saw the final turn. He knew the line was right around the bend. The others never had a chance.

“I’m not really a bunch sprinter, but this was perfect for me,” he said. “It was a hard race, small group, and then a sprint. I think that’s what my power is. I feel really good. I felt good during the training camp and during training in the last weeks. I had good legs today and to finish it is always nice.”

Q36.5 Pro Cycling Team will make its 2023 racing debut this week at the Saudi Tour (Jan 30 – Feb 3) with a diverse and ambitious seven-rider squad.

The Swiss-registered team will take on the five-stage UCI 2.1 race in Saudi Arabia with a strong roster and clear goal of being competitive on each of the stages and of making a strong first impression in the Q36.5 jersey.
Three sprint stages and two hillier stages are up for grabs in a race that is typically held in sweltering temperatures and where the desert wind is often the catalyst for the infamous echelons.

Q36.5 Pro Cycling Team will be represented by a multicultural roster spearheaded by Brit Mark Donovan, Italian Alessandro Fedeli and Polish sprinter Szymon Sajnok. The three will be the team’s protected riders and will look for their chances to fight for a top result throughout the week in the desert.

Experienced New-Zealander Jack Bauer and American Joey Rosskopf will play a crucial support role on the flat terrain, whereas Polish Kamil Małecki brings climbing firepower for the hillier stages. The seven-rider roster is completed with former Canadian champion Nick Zukowsky, whose versatility and previous experience racing in the Saudi Tour will prove invaluable all week.
Ready and Eager
“This will be our first race of the season and we’re eager to show our jersey, race aggressively and make our partners proud. We’re bringing a strong team and our main objective is to take a stage win. Szymon Sajnok will be our card for the sprint stages while both Donovan and Fedeli will aim for the uphill finishes. This will be a competitive race but we’re confident that we can leave our mark and start the 2023 season on a good note,” said Gabriele Missaglia, DS at Q36.5 Pro Cycling Team.

“The Saudi Tour will be the curtain raiser for our team and the first time to pin numbers onto our technology advanced Q36.5 Pro Cycling Team jersey. We are fully committed to start our journey of #RacingTheFuture in the best possible way. The team is strong, ready and united and I truly believe that will propel us to achieve great results and do our sponsors and our fans proud. We have options to fight for victory in all stages and come away with a nice result that will set the momentum for what will be a very busy Spring of racing,” added Doug Ryder, General Manager of Q36.5 Pro Cycling Team.

Racing at the Saudi Tour for the first time in his career 26-year-old Italian Alessandro Fedeli believes the race will serve up good opportunities to show his early season form and his looking forward to the challenge ahead.

“The Saudi Tour is a great race to start the season. Personally, I really enjoy to start racing outside of Europe, in sunny, warmer locations. I will be my first time in Saudi Arabia so I’m excited to visit a new country and discover a new culture. I’m in good shape and very motivated for this race where I will try to do my best. I believe we can achieve a good result and get a stage win,” said Fedeli.

Five Exciting Stages
The Saudi Tour covers a total distance of 830 km over the course of five days with Stage 1 starting in Alula Airport and finishing in Khaybar providing a flat opener suited for the fast men in the peloton. Stage 2 from Winter Park to Shalal Sijlyat Rocks will be the longest of the race with 184km and will serve up another chance for a bunch sprint finale.The race enters hillier terrain on Stage 3 from Al Manshiyah to Abu Rakah and the uphill finale will certainly bring the General Classification contenders to the fore. A steep short climb within the final 15 km of the penultimate stage from Maraya to Skyviews of Harrat Uwairid will provide the perfect backdrop for the punchier climbers to take their chances and seize stage glory. The Saudi Tour concludes on Friday, February 3rd with a sprinter friendly Stage 5 from Alula Old Town to Maraya. 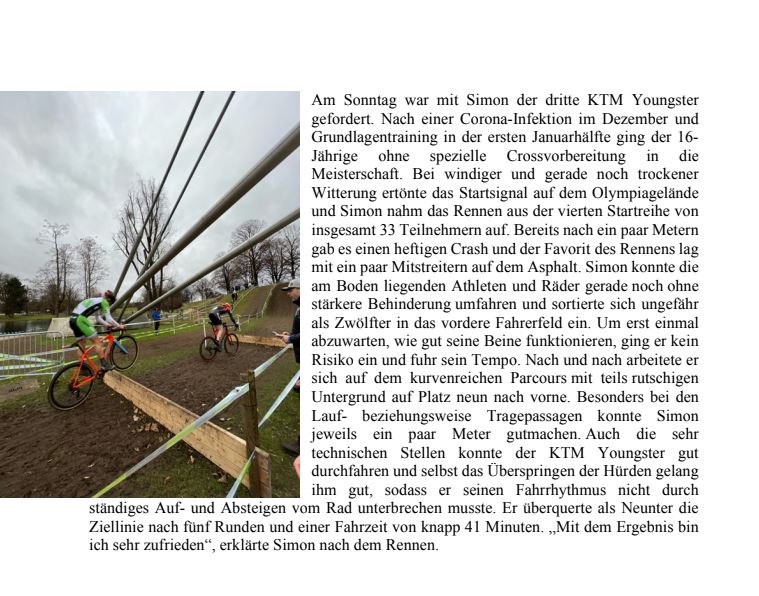 Astana Qazaqstan Team is happy to announce the arrival of British National Champion Mark Cavendish, who is going to join the Kazakh team for the season of 2023.

“I am really excited for this adventure. I raced with Alexandr Vinokurov for many years, and now I’m racing with his 2 boys! I remember when they were children the same age as my own, dreaming to be bike racers. Astana Qazaqstan Team is going to be a great place to be successful, with a strong team led by Alexandr, a champion on the bike and a gentleman off the bike. I’ve enjoyed a long career already, but the joy of riding my bike and the hunger to continue winning are as bright as ever. So I’m looking forward to being part of a successful team, whether working with the team for wins, crossing the line first myself, or cheering on my teammates. As always, the objective will be for us to stand on the top podium”, – said Mark Cavendish.

Mark Cavendish (37) is one of the greatest road sprinters of all times, who shares a phenomenal 34-Tour-de-France-stage-win-record with the legendary Eddy Merckx. Mark is the winner of the sprinter’s jersey in all three Grand Tours and 2011 Road World Champion.

In the season of 2022 Mark Cavendish won Milano-Torino, a stage at the Giro d’Italia, Tour of Oman and UAE Tour.

“Well, Mark Cavendish doesn’t need any presentation. He is the best sprinter of all times, and I am happy to welcome Mark in Astana Qazaqstan Team. The arrival of a top sprinter in our team is kind of challenge for us, but we are ready for it. We see new ways and new possibilities. The goals however are still the same – victories in any kind of race: Classics, stages in different stage races and, of course, in the Grand Tours. Mark still has a big desire to win and we are going to support this feeling with all our forces in all kind of races”, – said Alexandr Vinokurov, General Manager of Astana Qazaqstan Team.