Ben Hermans caps it off

Ben Hermans controlled the last stage at perfection to take home the trophy of the Arctic Race of Norway he missed out six years ago. Odd Christian Eiking settled for second as he only gained two seconds, half of what he needed, over the race leader in the final uphill in Harstad where Philipp Walsleben outclassed Niki Terpstra for the stage win. Best young rider Victor Lafay rounded out the podium of the 8th edition of the northernmost bike race that showcased stunning landscapes once again.

Terpstra and Walsleben with 5km to go
The Euskaltel team was eager to bring the breakaway back as the peloton reached the finishing circuit in Harstad. The time difference was down to 1’ with 22km to go as Resell sped up the head of the race. Grosu got reeled in 20km before the finish, followed by Desal and Vabø. Champion lost contact with the front group with 14km to go. Walsleben upped the tempo with 10.5km remaining meanwhile Torjus Sleen (Uno-X) went in between and Israel-Start Up-Nation seized the reins of the bunch, after which the time difference went from 30’’ back to 1’. Henok Mulhubran (Qhubeka-NextHash) tried his luck with 6km to go. Terpstra and Walsleben formed a leading duo 5km before the end.

Eiking only two seconds ahead of Hermans
Terpstra and Walsleben had 25’’ lead with 2.5km to go and the final uphill yet to come. They managed to stay away and Walsleben, a former cyclo-cross rider, had what it takes to rush to the win up the hill against a Tour of Flanders and Paris-Roubaix winner. Delettre managed to avoid the return of the peloton to finish third of stage 4. Eiking gave it all to finish with the same time as the Frenchman and two seconds ahead of the peloton that included his direct rivals Hermans and Lafay. In the end, the 35 year old from Belgium who already won stage races like the Tour of Oman and the Tour of Austria in the past concluded the Arctic Race of Norway with no hiccups, just as he wished after his victory in the queen stage to Målselv on Saturday.

Like in 2015, Ben Hermans won the queen stage to Målselv and moved into the lead, ahead of Odd Christian Eiking and Victor Lafay. With a slim advantage, the Belgian from Israel-Start Up-Nation hopes for a better outcome than six years ago.

Five riders in the lead
107 riders took the start of stage 3 in Finnsnes for what was considered the queen stage with the much anticipated finish in the “Alpine village” of Målselv and the Prime Minister Erna Solberg in attendance. After a very active start and several skirmishes, a group of five riders went clear off the peloton: stage 2 winner Martin Laas (Bora-Hansgrohe), King of the Mountains Fredrik Dversnes (Team Coop), Jens Reynders (Sport Vlaanderen-Baloise), Xabier Azparren (Euskaltel) and Julien Duval (AG2R-Citroën). Duval passed the first intermediate sprint at Gibostad (km 22) in first position. Dversnes extended his lead in the KOM competition as he crested all four category 2 climbs ahead of his breakaway companions. The leading quintet approached the last 50km with its maximum advantage of 3’.

Seb Berwick keeps attackers on a leash
It was clear for everyone that race leader Alexander Kristoff wasn’t going to defend his midnight sun jersey. However, his Norwegian national team combined forces with Intermarché-Wanty Gobert to bring the breakaway back. At the 20km to go mark, Arkea-Samsic and Uno-X came in help. Laas was the first breakaway rider to surrender with 11km to go as the deficit of the peloton was down to 1’05’’. Duval was next to let Dversnes, Reynders and Azparren go. Dversnes and Azparren were the last escapees to be reeled in, precisely at the bottom of the 4-km long uphill finish. Antonio Soto (Euskaltel) launched the first attack from the bunch but Seb Berwick (Israel-Start Up-Nation) brought the peloton back to him with 2km to go.

Hermans the strongest of the leading trio
Local star in the making Andreas Leknessund (Norwegian national team) sped up before Eiking made his move 1.3km before the finishing line. Lafay reacted. Hermans came across. Best young rider Samuele Battistella (Astana) was close to joining them but had to settle for fourth as the leading trio of the 8th Arctic Race of Norway emerged. Hermans was the strongest in a tight finish with Eiking who has one more chance to take the top prize on the spectacular conclusive circuit in Harstad on Sunday. Meanwhile Hermans moved into the midnight sun jersey, Lafay took the white jersey over from Battistella.

It’s a historic moment and a great honor,” declare team owners. “We earned this selection.”

Israeli champion Roy Goldstein: “For an Israeli rider, it’s a chance to make history and to be the first ever to race in a Grand Tour…[and] to scream: we are on the map!”

General manager Ran Margaliot: “No free gifts to make the roster, including the Israelis.”

Calling it “a historic moment for Israeli sports and a great honor,” Israel’s first ever professional team, Israel Cycling Academy, has proudly accepted an invitation to participate in the Giro d’Italia, one of the world’s most significant sporting events, scheduled to begin in Jerusalem on May 4th.

“Israel Cycling Academy earned this selection with our excellent team, including seasoned riders who have secured victories in two of the three Grand Tours,” stated the team’s co-owner Sylvan Adams, who is also the Honorary President of the Giro’s “Big Start” in Israel. “We now expect to add a stage win in this year’s Giro and to place a team leader high on the GC [General Classification of overall leaders]. These are our goals in this year’s Giro and we wish to thank the race organizer RCS for this opportunity.”

END_OF_DOCUMENT_TOKEN_TO_BE_REPLACED

The final stage, as expected, came down to a mass sprint finish. Team Dimension Data for Qhubeka were concentrated on making no mistakes to keep the overall lead in the white jersey competition with Merhawi Kudus, and then also having a go for the stage victory with Kristian Sbaragli. In the final sprint, Sbaragli was able to net 9th place on the line for our African Team while Kudus finished safely in the bunch.

END_OF_DOCUMENT_TOKEN_TO_BE_REPLACED 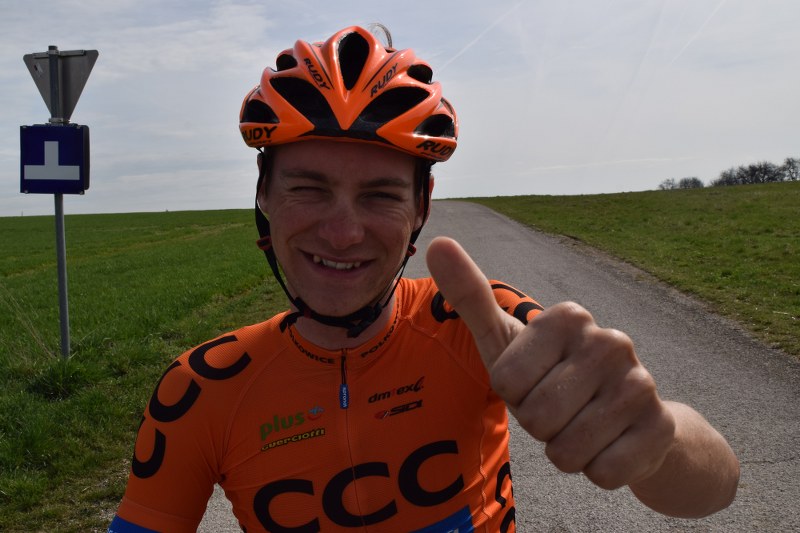 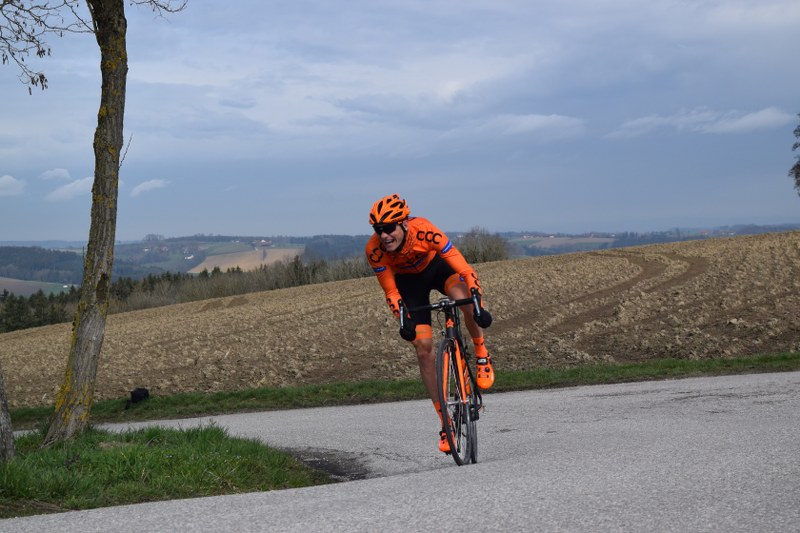