BEST OF CYCLING AT THE 53rd TIRRENO-ADRIATICO
Sagan, Nibali, Froome, Dumoulin and Aru have spoken about their expectations on the eve of the first stage. Uran, Bardet, Landa, Lopez, Adam Yates, Dennis, Thomas, Van Avermaet, Kwiatkowski, Gilbert, Ulissi, Boasson Hagen, Gaviria, Cavendish, Ewan – and plenty of other big names at the start.
Attached is the start list and the starting order of the Team Time Trial.

Camaiore, 6 March 2018 – On the eve of the start of the 53rd Tirreno-Adriatico NamedSport, the race organised by RCS Sport / La Gazzetta dello Sport from 7 to 13 March, five of the biggest names in racing spoke about their ambitions and expectations: Peter Sagan (three time UCI World Champion), Chris Froome (winner of 2017 Tour de France and Vuelta a España), Tom Dumoulin (winner of the 2017 Giro d’Italia and UCI ITT World Champion), Vincenzo Nibali (multi-Grand Tour winner, third at the Giro and second at the Vuelta last year) and Fabio Aru (overall winner of the 2015 Vuelta a España and reigning Italian National Road Race Champion). The Corsa dei Due Mari (Race of the Two Seas) starts tomorrow with the Team Time Trial at Lido di Camaiore (21.5km).

Since 2012, Peter Sagan has taken part in every edition of the Tirreno-Adriatico, making this his seventh consecutive Race of the Two Seas. In 2012 he finished second in the overall General Classification, just one second behind the winner, Greg Van Avermaet.
UCI World Champion Sagan has won a total of seven stages. He is just one stage win away from Alessandro Petacchi, Moreno Argentin and Giuseppe Saronni, who jointly hold the all-time third position (of eight victories), behind Roger de Vlaeminck (15) and Oscar Freire (11).

Vincenzo Nibali (Bahrain Merida Pro Cycling Team) said: “It’s always pretty much the same before Tirreno-Adriatico: we’re always a bit in the unknown. I don’t exactly good know how my condition is coming into this as a problem at the beginning of the season has delayed my start. I’m on my toes but I don’t have huge ambitions – we’ll take it day by day and see what I can look for. Our team is going well – we’re working the best we can – and we’ve a good group with [Domenico] Pozzovivo who is here for GC.”

END_OF_DOCUMENT_TOKEN_TO_BE_REPLACED

Boasson Hagen claims the first stage in the Tour of Norway
The Tour of Norway could not have got off to a better start for Team Dimension Data for Qhubeka and Edvald Boasson Hagen, as our Norwegian Champion won the opening stage on his birthday. Boasson Hagen beat Tosh van der Sande (Lotto-Soudal) and Simon Gerrans (Orica-Scott) in the sprint for the line.

The opening stage of the Tour of Norway took riders on a 170km trip from Honefoss to Asker. There were numerous undulations throughout the stage with a final drag all the way to the line finish as well. The stage suited our Norwegian Champion to a tee and most of the rival teams were looking to our African Team to make the decisive moves.

END_OF_DOCUMENT_TOKEN_TO_BE_REPLACED

The 10th stage was seen as a slightly unpredictable stage as it began with a 22km category 1 climb and then gently rolled downhill to finish after 197km in Revel. Our African Team saw it as an important stage to get riders into the break and so Boasson Hagen and Steve Cummings did just that. A total of 15 riders made the break of the day, with some of the highest profile riders represented in the move from a variety of teams.

The peloton was in two minds as to whether they should or even could, chase the breakaway. In the end, with the rain falling throughout the day, the peloton didn’t really stand much chance with riders like Cummings, Boasson Hagen, Sagan, Greg van Avermaet (BMC Racing), 3 Orica-BikeExchange riders and a few others driving the break. With 25km to go, Sagan took matters into his own hands and split the breakaway group with 7 riders going clear.

The Orica-BikeExchange team was in the driving seat as Luke Dubridge, Daryl Impey and Matthews all made the front split. Boasson Hagen, Sagan, van Avermaet and Samuel Dumoulin AG2R La Mondiale) were the 4 riders that rode away with the Orica trio and the 8 former breakaway riders quickly lost time to the new leaders. There was a short category 3 climb in the final 10km and it was thought the incline could make the difference but the Orica team did well to keep everyone in check.

Over the top of the climb, Boasson Hagen sped things up a bit before Impey then put in 2 stinging attacks but both were impressively covered by the World Champion, Sagan. Matthews who had been glued to the back wheel of Sagan from before the climb, now certainly had the upper hand being the known fastest finisher in the group. Eventually the riders rolled onto the finishing straight and it was van Avermaet who made the first move. Boasson Hagen followed and then the others did too. It was a scrappy sprint and unfortunately our Norwegian champion had to check his sprint twice as Matthews surged ahead with clear road in front of him to take the win.

END_OF_DOCUMENT_TOKEN_TO_BE_REPLACED 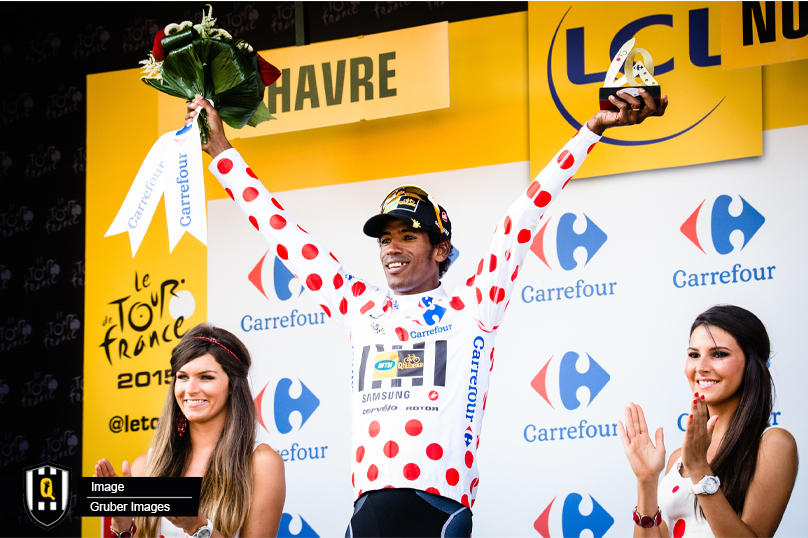 As the riders set off for Paris earlier today, it would be an incredible day of reflecting back on what was a dream 3 weeks for our African team. From the moment Daniel Teklehaimanot made history by getting the 102nd Tour de France underway in the Eritrean national jersey, we couldn’t have written a more perfect script for what was to come.

END_OF_DOCUMENT_TOKEN_TO_BE_REPLACED 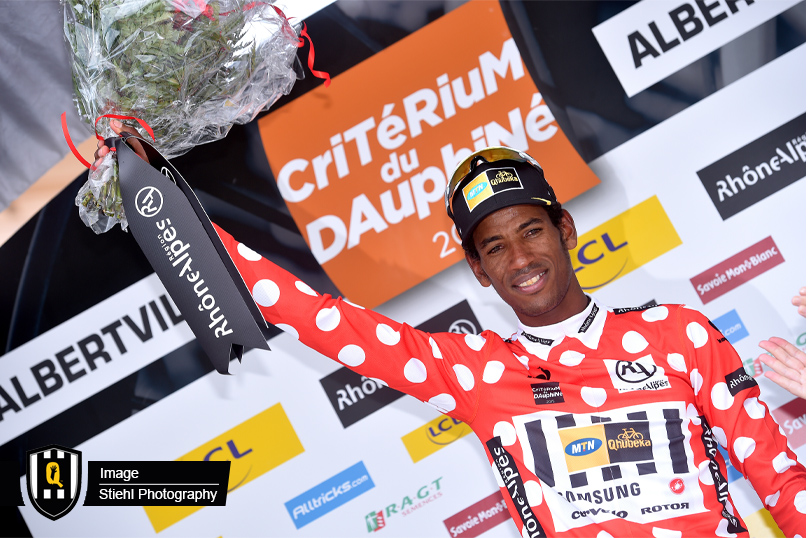 END_OF_DOCUMENT_TOKEN_TO_BE_REPLACED

Team MTN-Qhubeka p/b Samsung are delighted to announce that Alex Sans Vega and Jean-Pierre Heynderickx have joined the team, both taking on roles as Sports Directors. Sans Vega and Heynderickx will join up with existing sports directors, Jens Zemke and Michel Cornelisse to direct the African Pro-Continental team throughout the 2015 cycling season.

Sans Vega comes with a wealth of experience after working for squads like Team CSC, Cervelo Test Team and NetApp Endura in the past. Sans Vega has also directed teams at more than 20 grand tours in his career as a sports director and will be invaluable to Team MTN-Qhubeka.