July 11 th 2019 – 18:14
After winning stage 2 of the Critérium du Dauphiné at Craponne-sur-Arzon, Dylan Teuns took his maiden Tour de France victory on his debut in the race while his last breakaway companion, Italy’s Giulio Ciccone, who carries the same family name as singer Madonna but is not related to her although they both originate from Abbruzzo, took the yellow jersey. Two Tour de France debutants found glory at La Planche des Belles Filles.
14 riders in the lead
175 riders took the start of stage 6 in Mulhouse. One non-starter: Patrick Bevin (CCC), due to fractured ribs on stage 4. After 4km, 14 riders formed a breakaway group: Benoît Cosnefroy (AG2R-La Mondiale), Dylan Teuns (Bahrain-Merida), Serge Pauwels (CCC), Julien Bernard and Giulio Ciccone (Trek-Segafredo), Nikias Arndt (Sunweb), Natnael Berhane (Cofidis), Thomas De Gendt and Tim Wellens (Lotto-Soudal), Fabien Grellier (Total Direct Energie), Nils Politt (Katusha-Alpecin), Xandro Meurisse and Andrea Pasqualon (Wanty-Groupe Gobert) and André Greipel (Arkéa-Samsic). Their advantage was already 6’40’’ at the intermediate sprint of Linthal (km 29) won by Pasqualon while Michael Matthews (Sunweb) outsprinted Peter Sagan (Bora-Hansgrohe) for the remaining point on offer. At the top of the first category 1 climb of the 2019 Tour de France, the Markstein, Wellens found a new rival for the King of the Mountains competition as Ciccone hinted that he’s interesting in doubling up.
Tim Wellens retains the polka dot jersey
A maximum time gap was reached at the bottom of the Ballon d’Alsace, km 94: 8’30’’. It was down to 7’20’’ at the top, after which GC teams showed up at the head of the peloton to relay Deceuninck-Quick Step in the chase: Ineos and Bahrain-Merida in second lane before Movistar decided to up the tempo of the bunch within 50km to go. At col des Croix 37km before the end, De Gendt went for two KOM points and forged on so he became the lone leader. He got caught 1km before the col des Chevrères by Teuns, Ciccone, Pauwels and Wellens while world champion Alejandro Valverde made the race hard at the front of the peloton. With 10km to go, the leading quartet still had 4’ over the peloton.
Stage win for Teuns, Ciccone in the yellow jersey
Warren Barguil (Arkéa-Samsic) was the first man to attack from the peloton before Mikel Landa (Movistar) who was eventually reeled in because of a late acceleration by Julian Alaphilippe (Deceuninck-Quick Step) who tried to retain the yellow jersey but missed out by six seconds. Ciccone took over as the leader of the Tour de France but lost the stage victory to Teuns at Super Planche, the steep part above the usual finish. It’s the first stage win for Bahrain-Merida at the Tour de France [in their third participation]. The last Italian in the yellow jersey was Fabio Aru two years ago. Geraint Thomas (Ineos) and Thibaut Pinot (Groupama-FDJ) were the first of the favourites while Steven Kruijswijk (Jumbo-Visma), Vincenzo Nibali (Bahrain-Merida) and Romain Bardet (AG2R-La Mondiale) lost contact with the main group.

GC:
1 Giulio Ciccone (Ita) Trek-Segafredo 23:14:55
2 Julian Alaphilippe (Fra) Deceuninck-QuickStep 0:00:06
3 Dylan Teuns (Bel) Bahrain-Merida 0:00:32
4 George Bennett (NZl) Team Jumbo-Visma 0:00:47
5 Geraint Thomas (GBr) Team Ineos 0:00:49
6 Egan Bernal (Col) Team Ineos 0:00:53
7 Thibaut Pinot (Fra) Groupama-FDJ 0:00:58
8 Steven Kruijswijk (Ned) Team Jumbo-Visma 0:01:04
9 Michael Woods (Can) EF Education First 0:01:13
10 Rigoberto Uran (Col) EF Education First 0:01:15
@ASO
Tour rookie Dylan Teuns claimed Bahrain–Merida’s first ever stage win in the race.
21
The last time that the winner of the mountains classification in the Giro d’Italia had gone on to wear the yellow jersey of the Tour de France in the same season was 21 years ago. Giulio Ciccone’s feat has echoes of Marco Pantani’s performance in 1998, although Il Pirata even managed to win both races outright!
4
The Yellow Jersey has never failed to change hands after the stage to La Planche des Belles Filles. It went from Fabian Cancellara to Bradley Wiggins in 2012, from Tony Gallopin to Vincenzo Nibali in 2014, from Geraint Thomas to Chris Froome in 2017 and from Julian Alaphilippe to Giulio Ciccone today. And, so far, every rider who has worn the golden fleece on La Planche des Belles Filles has held it all the way to Paris…
5
A minor disappointment for Team Ineos. In its previous incarnation as Team Sky, which made its Tour debut in 2010, it had never ranked so low (5th, 7′46″ behind Trek – Segafredo) in the team classification after stage 6. Even worse: Sky had held the overall lead (with Wiggins, Froome or Thomas) after the first mountain stage with a summit finish every year since 2012, when its ascendancy over the Tour began… with the sole exception of 2014, when Vincenzo Nibali and Team Astana ended up taking the general classification.

END_OF_DOCUMENT_TOKEN_TO_BE_REPLACED 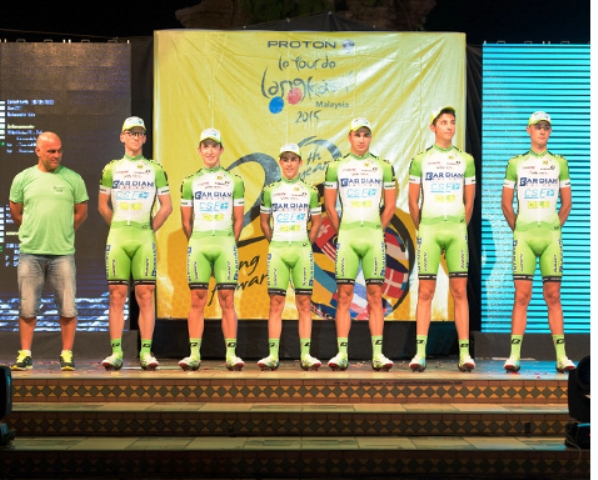